In case you missed it 'Yellow' is out now and available to buy.  It features a weekly illustrated response to a news story over the course of a year by 52 different artists including the likes of Stanley Chow, Pete Fowler and lil' ol' me.  Go buy it.  It's a good one.

My linocut piece was about the rise of Jezza Corbyn and the beast of austerity.  More here. 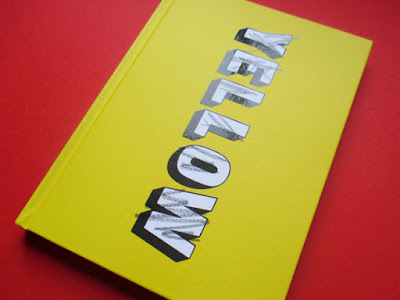 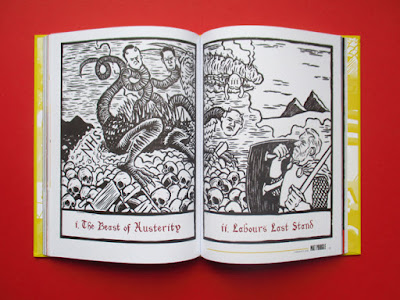 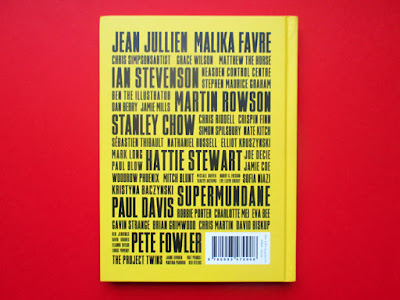 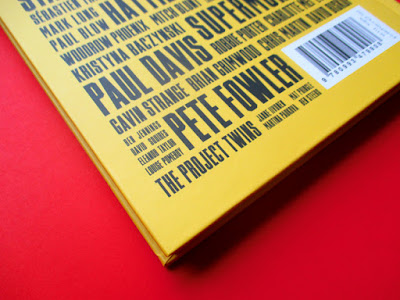 I've got a new six layer screenprint available in my shop here.  Inspired by Shakespeare's 'MacBeth' and featuring the quote "Look like the innocent flower.  But be the serpent under't".  The print is available in an edition of thirty, half are with text and half are without. 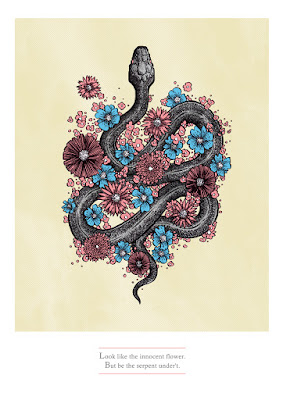 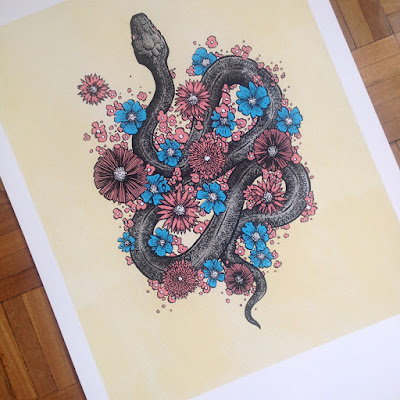 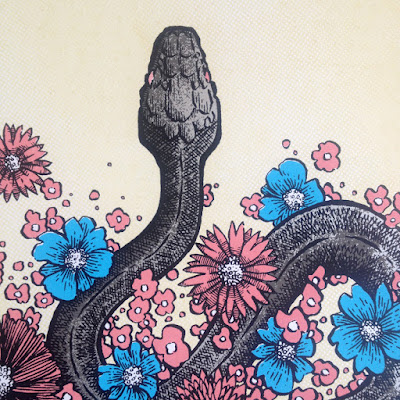 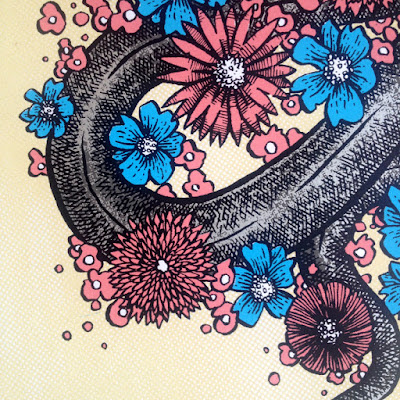 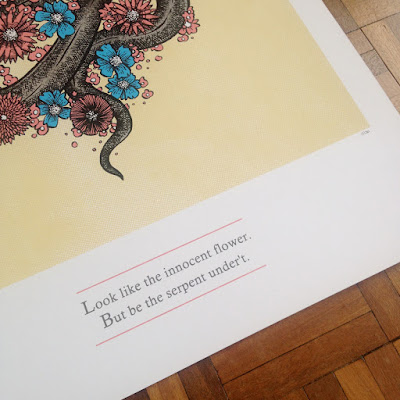 It's also available via Miles to Go as a t-shirt.  Click here to buy one. 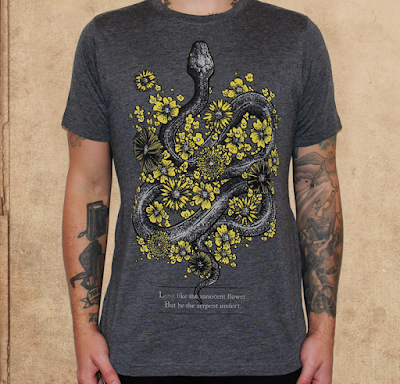 Despite posting significantly less blog updates in 2015 I have been busy as usual drawing, printing, teaching and occasional beering.  Here is my 2015 round-up which as ever is more for me than it is for you.

Records.  I buy less and less records every year as they seem to be getting more and more expensive and my annual income can't keep up.  Julia Holter's 'Have you in My Wilderness' was my favourite lp.  'Art pop blah blah blah' that appears to have won over the thirty something smug-faced middle England broadsheet critics and yet I've found myself annoyingly in sync with them. 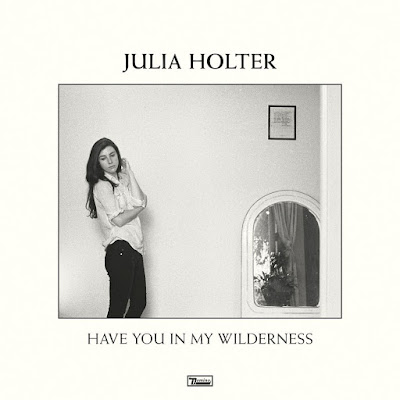 I also loved Joanna Newsom's 'Divers', Mbongwana Star's 'From Kinsasha' and Bamboo's 'Prince Pastori Priestess'.  As usual I listened to far more old records than new ones and some of my favourite discoveries included Life Without Buildings (HOW DID I MISS THEM FIRST TIME AROUND?) and Jean Ritchie.

In terms of live music I failed a bit but Primavera was great (again) although perhaps not as good as the previous year.  Shellac didn't blow my mind quite as spectacularly (though they were excellent) second time around.  That said Antony and the Johnsons did.  I don't consider myself a fan but the sweeping orchestral backing combined with a mind-melting Jodorowsky style Japanese art film being projected over the stage made for the best gig of the year.  And this new song was absolutely breathtaking.  Sleaford Mods, The New Pornographers, Fucked Up (I got a [sweaty] post gig embrace with Pink Eyes too!) and Tune-Yards were all very good as well. 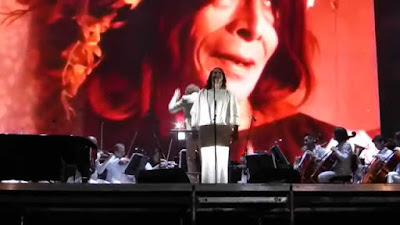 Remarkably I'd never been to Cafe Oto until 2015 but I went to see Sacred Paws there who were joyous.  I couldn't stop grinning throughout their set.  They were supported by Bamboo as well who were also amazing (see favourite albums).

Films.  I don't think I was blown away by any one film this year.  Inherent Vice was great (any film that opens with a Can song is always going to be winning).  Slow West was also very good. Definitely my favourite film of the year directed by a former member of the Beta Band.  In terms of old films I saw for the first time and enjoyed there was Marketa Lazarova, It Follows, Christine (HOW DID I IGNORE THIS JC DOOZY SO LONG?), Streetwise (documentary), Performance, Blue Ruin, Stroszek, Daisies and Paper Moon.  Paper Moon definitely won at best film.  Go and watch it immediately if not sooner. 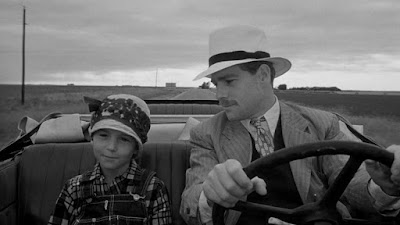 Books.  2015 was the year I got my book game going again.  I read 37 of the buggers.  Admitedly some were graphic novels but by my standards that was pretty good going.  You can stalk me here in a book capacity if you so wish. 'Stoner' by John Williams was the one I enjoyed the most.  I say enjoyed; it made me cry.  Twice.  Both times on buses in Lewisham.  But it's a beautiful understated novel.  Other highlights included 'H is for Hawk', 'Inherent Vice', 'The Outward Room', 'A Prayer for Owen Meany', 'Butcher's Crossing', 'The Wake' and 'This One Summer'. 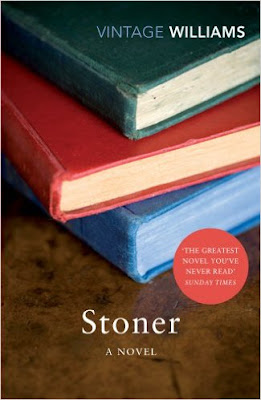 Comics.  I started reading comics again.  Then I had to stop (well limit titles) as I was spending too much money on them.  'Airboy' was the debauched pick of the bunch but 'Harrow County', 'Rasputin', 'Nameless', Head Lopper' and 'Island' are all STRONG. 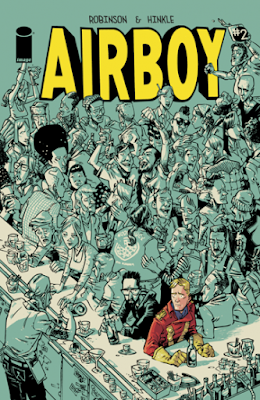 Other good stuff included Puck's powerful take over of the Book Club in Shoreditch for the 'Jungle Book Club' exhibition which we totally fucking smashed, contributing a Jeremy Corbyn inspired linocut print to the excellent Off Life book 'Yellow', my ongoing series of linocut prints for FACT Focus mixes, more teaching at BRIT Kids and also a stint at HCA, upping my screen-printing game at Thames Barrier Print, Spirit Duplicator (watch this space) and finally releasing 'FOLKGORE Part One' which has been received very well from what I can gather. Shit things: loads of really shit stuff happened on a national and global scale but the fucking Tories winning the election was really difficult for me.  It makes my heart sink to think the general public voted in such a heartless bunch of self-serving hateful fucking cunts. 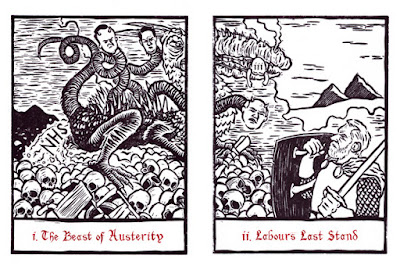 I also thought Mad Max was pretty dull; two hours of cars exploding and a cringe-inducing cameo from Slipknot?  No ta.  OK BYE. x
Posted by Mat Pringle at 12:29 No comments:

It's been a long time coming but a collaborative print with Antiquated Press aka Joe Carr is finally available to buy.  'The Phantom Huntsman' is based on an illustration I did for my new zine FOLKGORE which Joe has lovingly recreated as an etching.  It's beautiful.  We did a little Q+A too which was great fun; read it here.

Joe is an incredible illustrator and printmaker and I feel really honoured to have been asked to collaborate on a project with him.  Below are some pics of the print as well as some of his original artwork.  Go furnish him with all your cash. 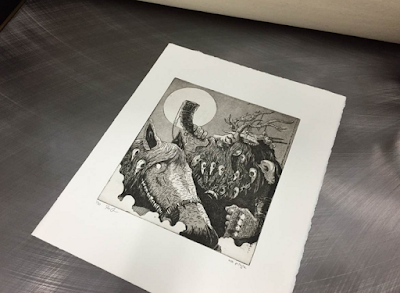 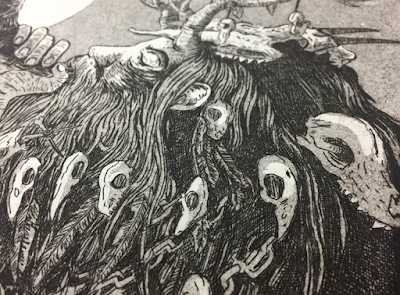 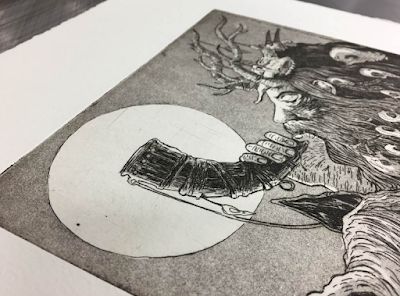 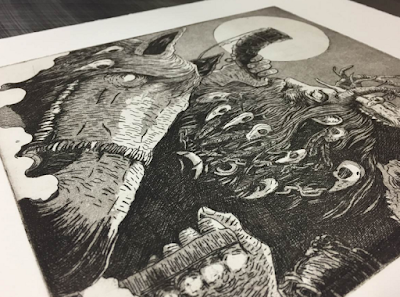 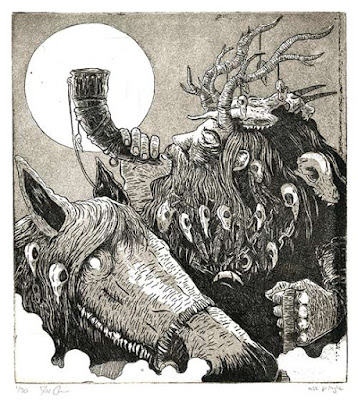 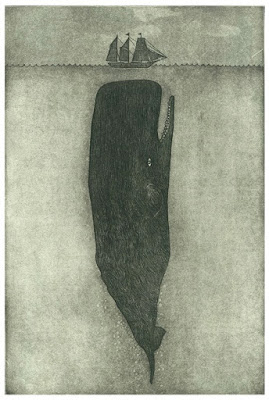 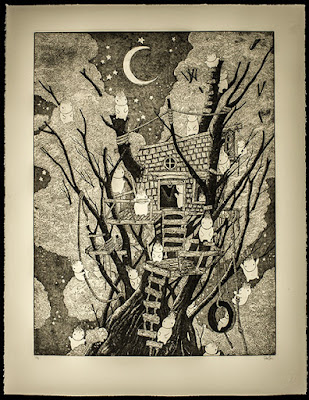 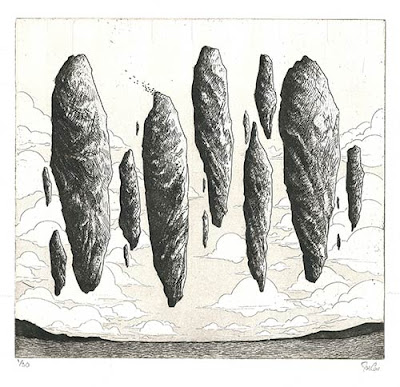 'A Brief History of Scratching' illustration

Another editorial illustration for Fact this time for an article about an old love of mine; turntablism. We were keen to move away from the tired old hand hovering over a turntable aesthetic so I came up with a constellation map of various scratch techniques. 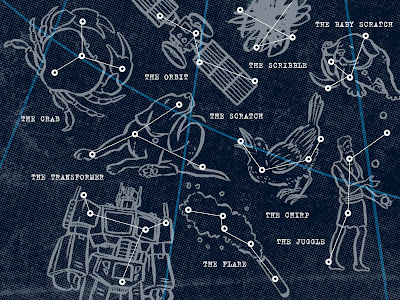 'The Boy That Can Fly' print

I was asked to illustrate the story of 'The Boy That Can Fly!' for 10 Stories a website that has paired children's short stories with a range of contemporary illustrators.  More info here.  I decided to try incorporate some watercolours into the piece as I've been using them a lot over the summer.  My initial concerns were the loose watercolours would look odd alongside my more rigid linework but I'm really happy with the final piece. 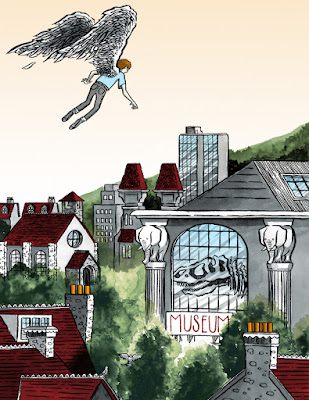 Fact magazine have just published a list of the top fifty trip hop records and by way of my murky Ninjatune Forum past I was asked to illustrate it.  It's another dream brief given I own many of the records listed.  Here's a screenshot of the final piece and in addition the piece in full with Beth Orton and Tricky who were cropped for the website.  There's also a coloured version which I ditched as I felt the illustration was too busy with the extra colours.

And my god Beth Gibbons is tricky to draw.  It took four attempts... And from a record perspective I would've definitely included The Runaways 'Classic Tales' and Grantby's 'Coffee Table Music' compilation but you can't have everything.

Huge thanks to John Xela for opportunity. 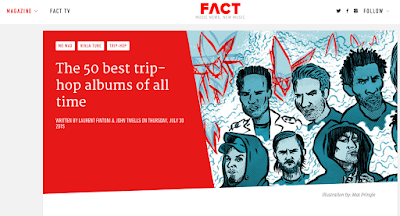 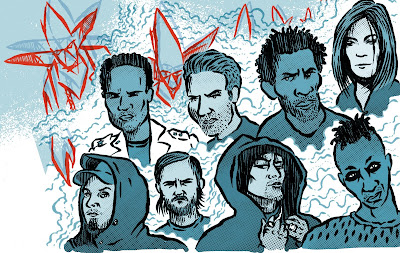 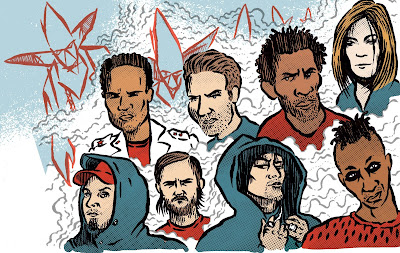