I've finally finished the artwork for the Special Benny album 'Toys' which has been a bit epic but it's nice to have contributed something to such a fantastic album. They're making a rare live appearance in Lewisham for Foxfest this Sunday - I'll be there hopefully celebrating Palace's championship survival earlier in the day. And then there's Cosmic Slop in Stoke Newington for pudding with Chris ‘The Judge’ Arthur, Dr Smith and Pat Long playing a psychedelic mess of funk, soul and rock’n’roll from the 1950s onwards. The panda below represents all these things and so much more. 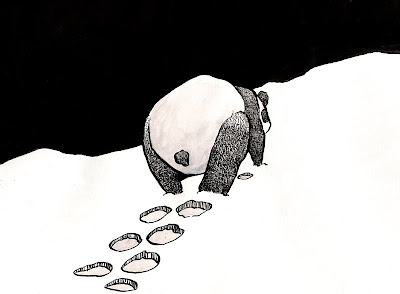 The Banal Superheroes of Bath Part 3

Last of these fellas - Annie did HP Sauce Man, Mayo Man (who'd have thunk it from the queen of condiments) and Chimney Man.  Lest we forget the unpublishable Ug Boots Man (a little too mean), Fat Train Women Man (a little too confusing conceptually),  Left Hand Man (tricky concept, horrible drawing), Fork Man (just shit) and many more besides.  Not sure how the scribbles stayed on Pale Ale man neither but it would've been much nicer with a bit of fizz... 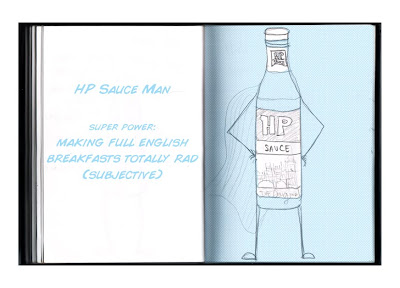 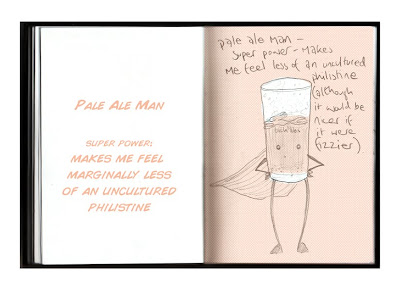 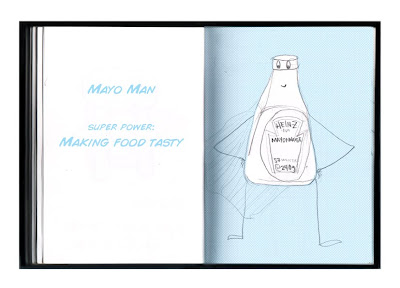 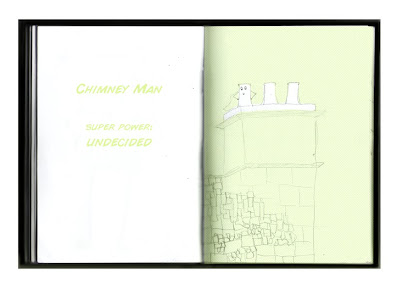 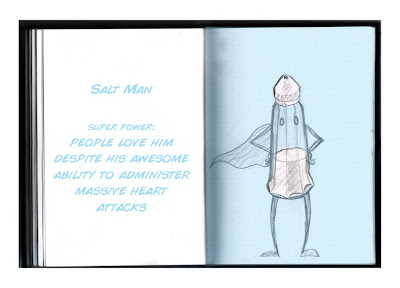 The Banal Superheroes of Bath Part 2

Here's some more Banal Superheroes of Bath.  Annie wanted some specific credit too - she done draw First Great Western Man on Part 1 and Sony Ericson Phone Man and Highland Spring Man on this one.  One more installment to come - hold tight! 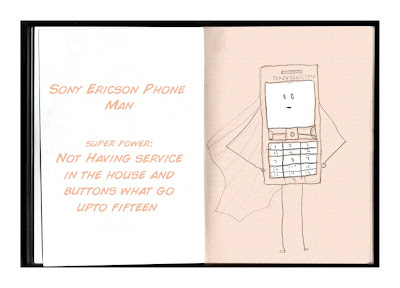 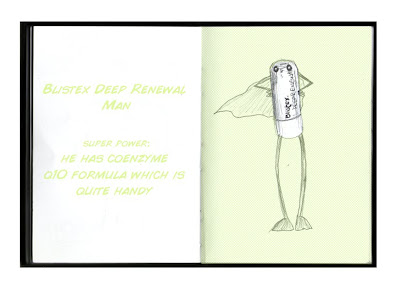 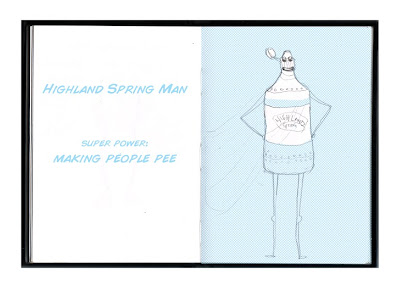 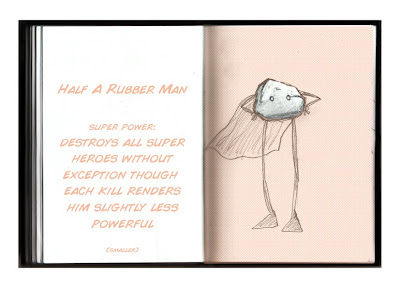 The Banal Superheroes of Bath Part 1

Me and Annie went to Bath for the day.  We entertained ourselves by drawing various banal objects we encountered throughout the day and turning them into superheroes.  Twelve hours later we had a skecthbook full of them some more abstract than others.  Here are a few of the better ones.  As a rule of thumb the earlier in the day, the less booze guzzled, the better the rendering. 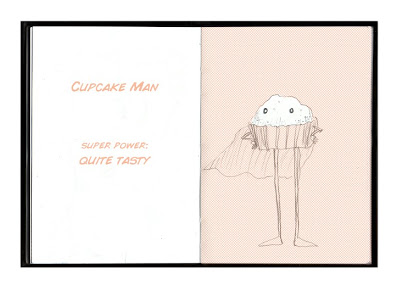 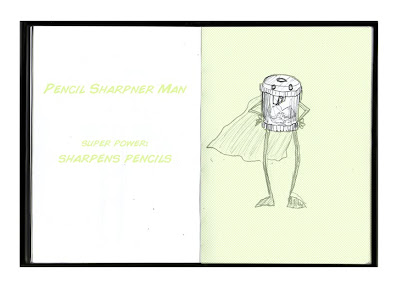 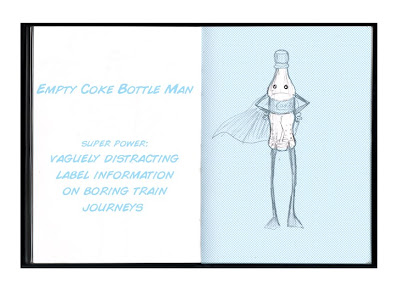 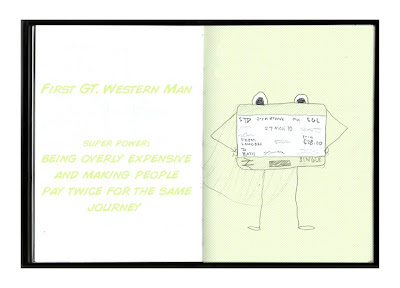 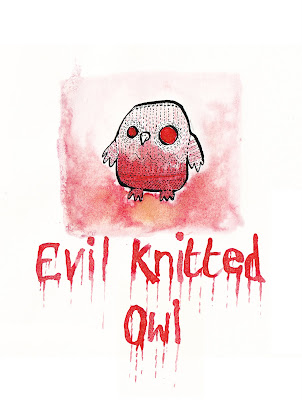