Offlife magazine have been putting out great comic collections for a couple of years now - I did the cover artwork for issue two - but recently they started 'Yellow' a weekly illustrated response to the news.  I was asked to do a piece inspired by last weeks news and decided to focus on the UK political scene with a linocut piece. 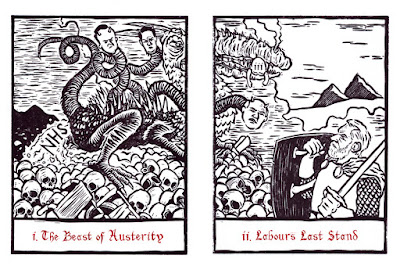 I was asked to discuss my choice of news piece too which was slightly edited for the final Yellow website for length.  This is the entire response with added bile.

'What a week for UK politics as our grotesque Tory overlords plunge another knife into the have-nots with their Welfare Reform and Work Bill, which in turn sent Labour into disarray with only fifty members including Jeremy Corbyn (officially now my second favourite JC*) voting against it. Corbyn - the first Jeremy in the history of all the Jeremys that is actually likeable - has been a long-time Labour member consistently leaning to the left. The Labour aligned press have suggested his leadership would usher in the fall of the party but for me they've been dead for years sitting timidly in the middle of the road not really appealing to anyone in particular with their spineless rhetoric. By Wednesday Tory Blair waded in, in his blood drenched sized nines, suggesting Corbyn supporters need a heart transplant.  How does he even sleep?  Vile man.


So I present - i, The Beast of Austerity and ii, Labours Last Stand - a two print set. I decided a linocut print would suit the apocalyptic end-of-days 14th Century woodcut aesthetic I was going for seeing as the current government want to destroy everything that is good and just in this country. It's the most political illustration I've done but turned out to be a joyous process; stabbing George Osbourne or Iain Duncan Smith repeatedly in the face is richly rewarding and I can't recommend it enough to anyone that fancies having a go.

NB.  If it seems like I've drifted away from impartiality for this piece just pretend it's a deeply satirical take on bleeding-heart Socialist martyrism or something.  It probably works better like that anyway.


*John Carpenter is number one OBVS.' 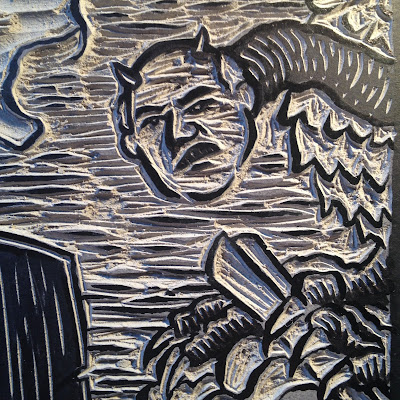 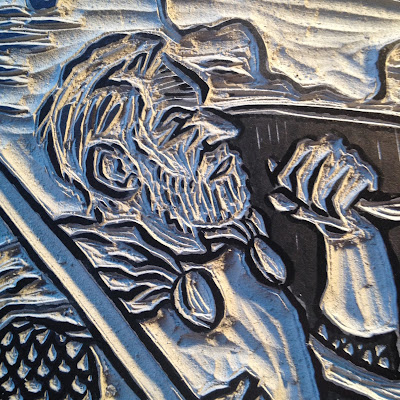 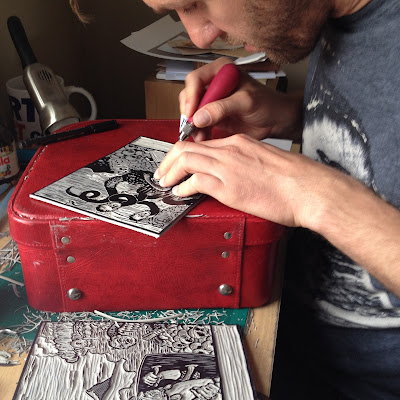 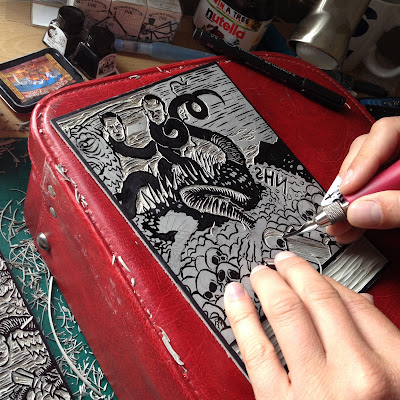 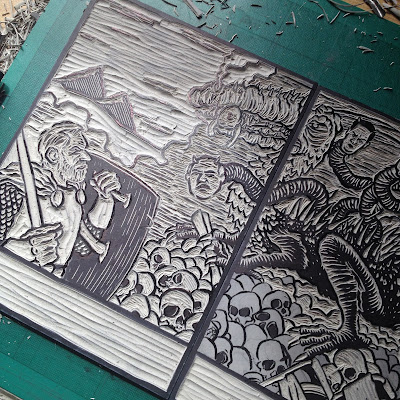 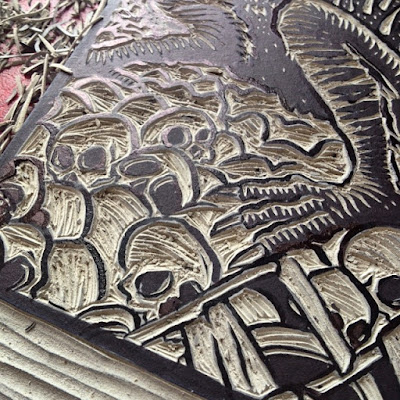 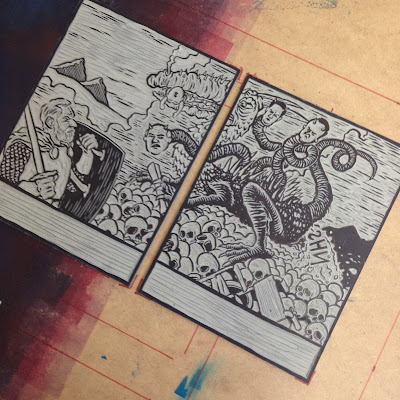 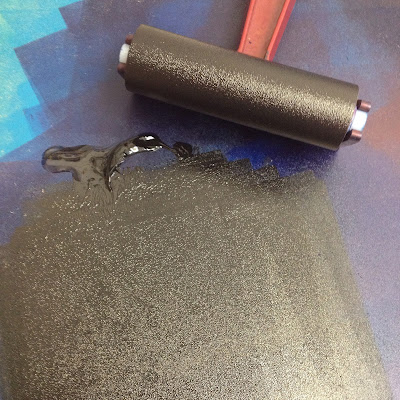 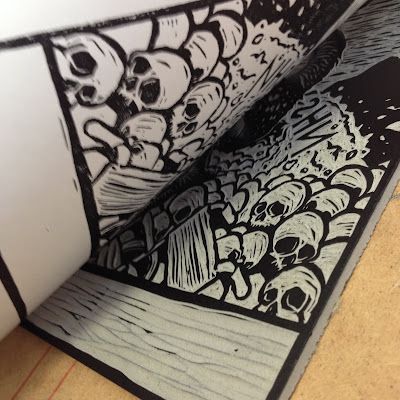 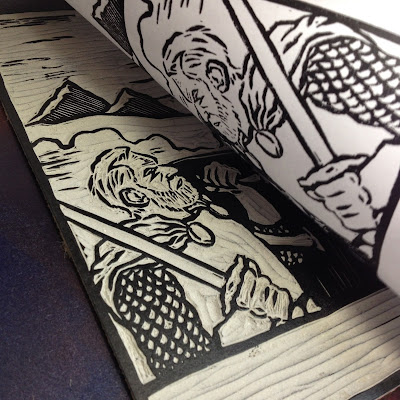