'Dead Man's Shoes' VHS sleeve for Not For Rental

Here's some work in progress pictures of my contribution to the Not For Rental exhibition earlier this year as well as the final video.  I chose to do a VHS sleeve for Shane Meadow's 'Dead Man's Shoes' which ended up being part lino-cut print, part illustration and part wonky handwriting.

In keeping with my 'Oh the Horror' lino-cut series I wanted to choose an object from the film that represented it and I felt that the gas mask was the best option. Initially I sketched out the gas mask in pencil on paper and then transferred it on to the lino.  Then I inked it with dipping pen and ink for stronger and cleaner lines to cut around. 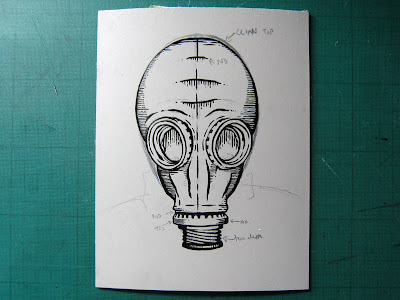 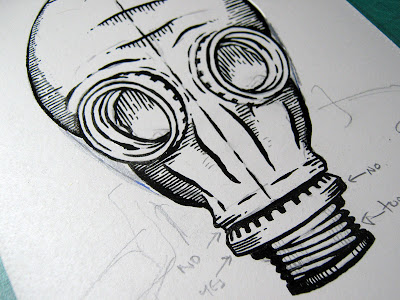 Next step was carefully cutting the lino. 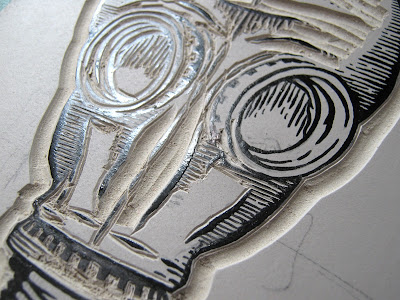 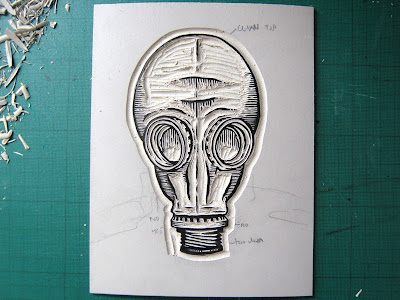 Once I'd cut the lino I then lined it up for registration and inked it for printing. 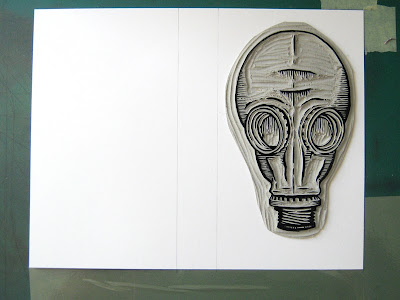 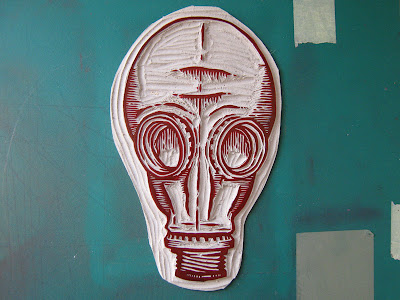 And here's the final video including the illustrated rear of the box. 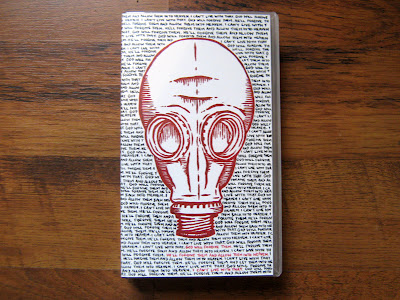 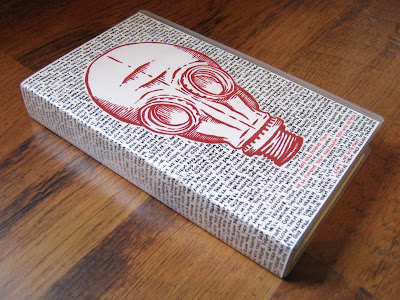 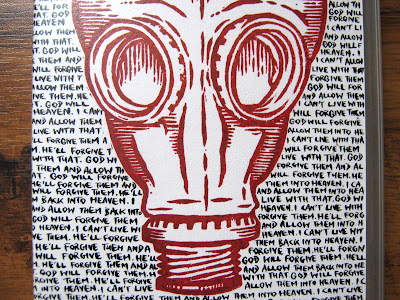 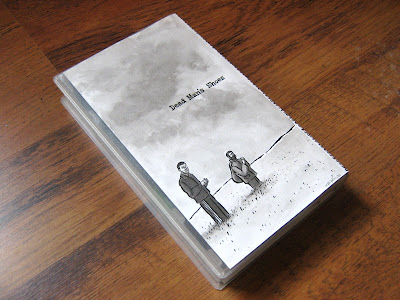 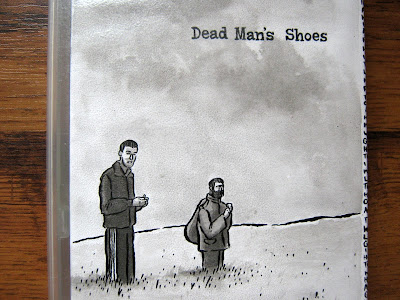 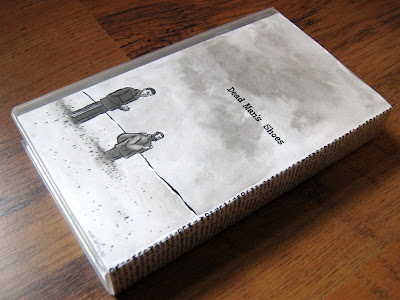 And the final scanned sleeve front and back. 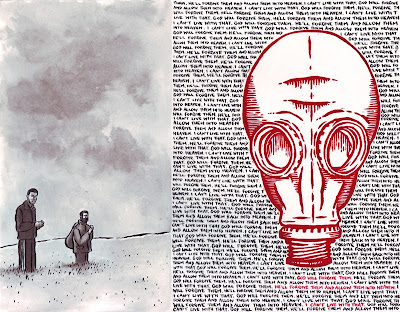 I'm not sure whether or not it sold on the weekend of the exhibition but I think there was talk of selling them online - all of the money raised goes to MacMillan Cancer Support and Art Against Knives - more info here.
Posted by Mat Pringle at 14:20